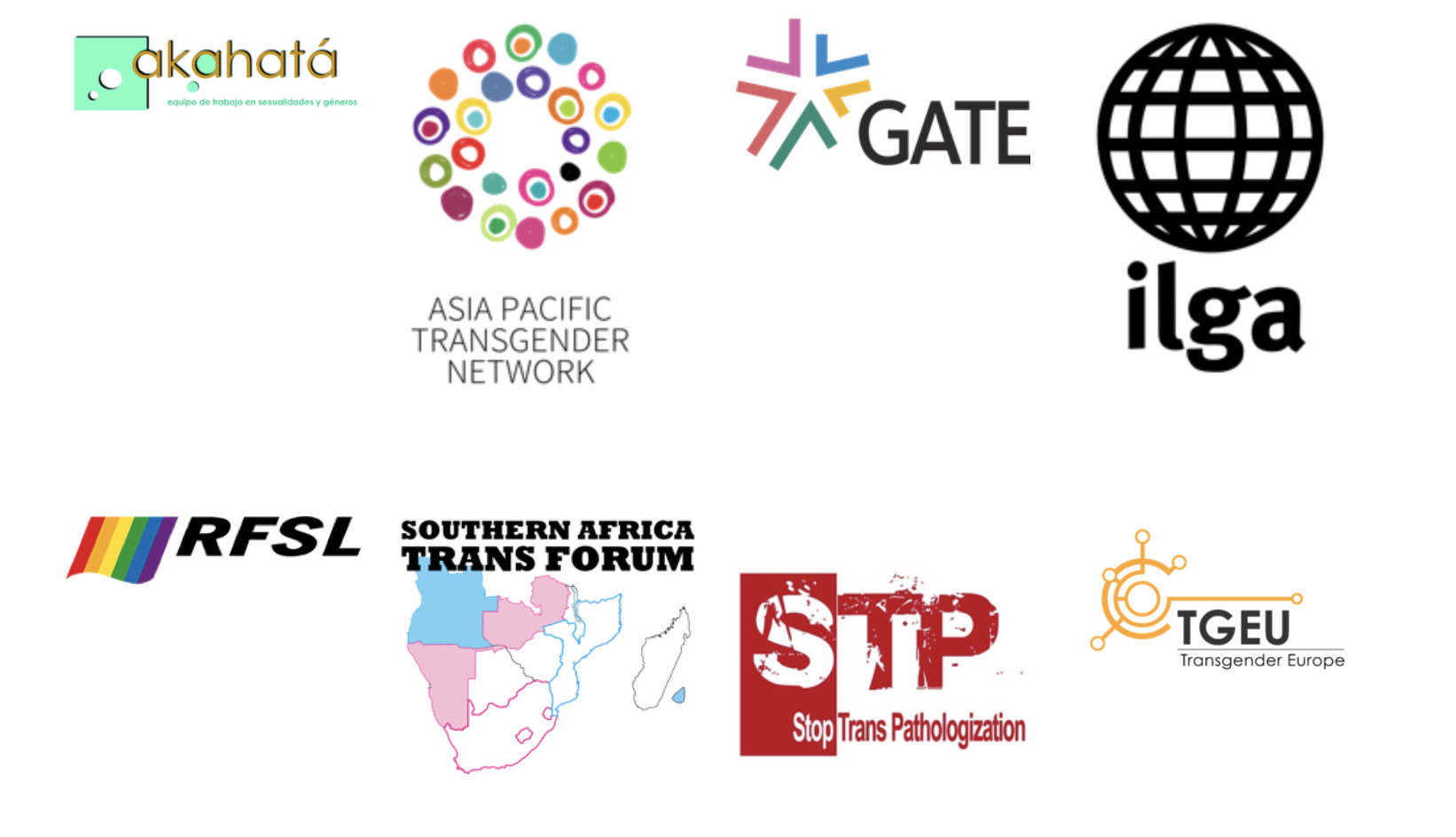 In 2018, trans and gender diverse activists will come together twice in the space of 1 month to commemorate Transgender Day of Remembrance (November 20) and to call for another International Day of Action for Trans Depathologization (October 21). This concurrence speaks loudly and clearly about the past, present and future of our communities and movements.

This past June 2018, the World Health Organization announced the completion of the process of revision and reform of the International Classification of Diseases (ICD). Among other outcomes, the announcement included the removal of all pathologizing references to trans and gender diverse people from the ICD Chapter on Mental Health; the creation of a new Chapter on Conditions Related to Sexual Healthand the inclusion of two new categories, Gender Incongruence of Adolescence and Adulthood (GIAA) and Gender Incongruence of Childhood (GIC), listed in the new Chapter. The new ICD version, the ICD-11, must be approved in 2019 by the World Health Assembly (WHA). All around the world, trans and gender diverse activists are continuing to work together to address five fundamental issues:

Ensuring approval of the ICD-11by the WHA;
Getting rid of GIC, an unnecessary and dangerous category aimed to eradicate gender diversity in childhood;
Modifying current GIAA languageand establishing best practices associated with this category;
Promoting the application of the ICD-11 at national level through legal and policy reform to depathologize trans and gender diverse people’s access to legal gender recognition and related rights;
Promoting the adoption of the ICD-11 within the context of universal access to healthcarefor trans and gender diverse people’s rights to access to gender affirming procedures and treatment under conditions fully compatible with human rights standards.
As trans and gender diverse activists have fought together over the last few decades, the struggles to depathologize our lives have become intrinsically intertwined with our core struggle to dismantle all forms of stigma, discrimination and violence against us, that is to say, our struggle to survive.On every Transgender Day of Remembrance we come together not only to remember our dead, but to reaffirm once again our commitment to remembering the past and ensuring we do not forget its lessons.

Worldwide, trans and gender diverse people face relentless violence, frequently perpetrated by the same institutions that should provide us with support and protection, such as schools, shelters and hospitals. Institutional refusal to respect our names and pronouns can be traced through our entire lifespan, and even after death. The horrific number of killings reported each year by the Trans Murder Monitoring Project is only the tip of the iceberg. Knowing, every day, that our lives are in danger places our community under huge mental and physical stress, for which we need access to support in order to cope with the pain and fear.

Trans and gender diverse survivors of violence have no access to justice, including rehabilitative and restorative justice. It is only when trans and gender diverse people are murdered that a spotlight is shone on our communities; survivors of sexual, domestic, police, institutional, and other violence live with trauma, for which our systems are not designed to provide healing. The historic inclusion of Gender Identity Disorder (GID) in the mental health chapter of the ICD-10 has precluded honest and in-depth investigations into the kind of mental health issues that trans and gender diverse people face as a result of our identities themselves being classified as a mental illness. With the proposed changes to the ICD-11, we will no longer be viewed as mentally ill simply for being trans or gender diverse, and it is our hope that we may finally be able to receive adequate mental health care, with our symptoms being investigated in the same was as they would be for any cisgender person seeking care.

Violence against trans and gender diverse people is inextricably linked to the diversity and intersectionality of our different lived experiences that expose us to increased risks: being black or persons of color and/or indigenous; living in poverty; doing sex work; belonging to ethnic and/or religious minorities; using drugs; being migrants; living with HIV and/or Hepatitis C; living with disabilities; being incarcerated/imprisoned; homelessness; being diagnosed with mental disorders and/or receiving mental health treatment; being victims of sexual and/or reproductive violence. Talking to a police officer. Not “passing”. Trying to get a passport. Walking on the street. Even thinking about using a public bathroom. The list goes on.

Dark as these times are, the existence of two politicized international trans and gender diverse commemoration dates should be acknowledged as evidence of the capacity of our movements to identify, address and organize and to make history by changing it. On this third weekend in October, we call for building collective solidarity, care and resistance, for finding strength both in our commonalities and differences, and for an end to all forms of violence against us. Let us work together to dismantle the cistem!