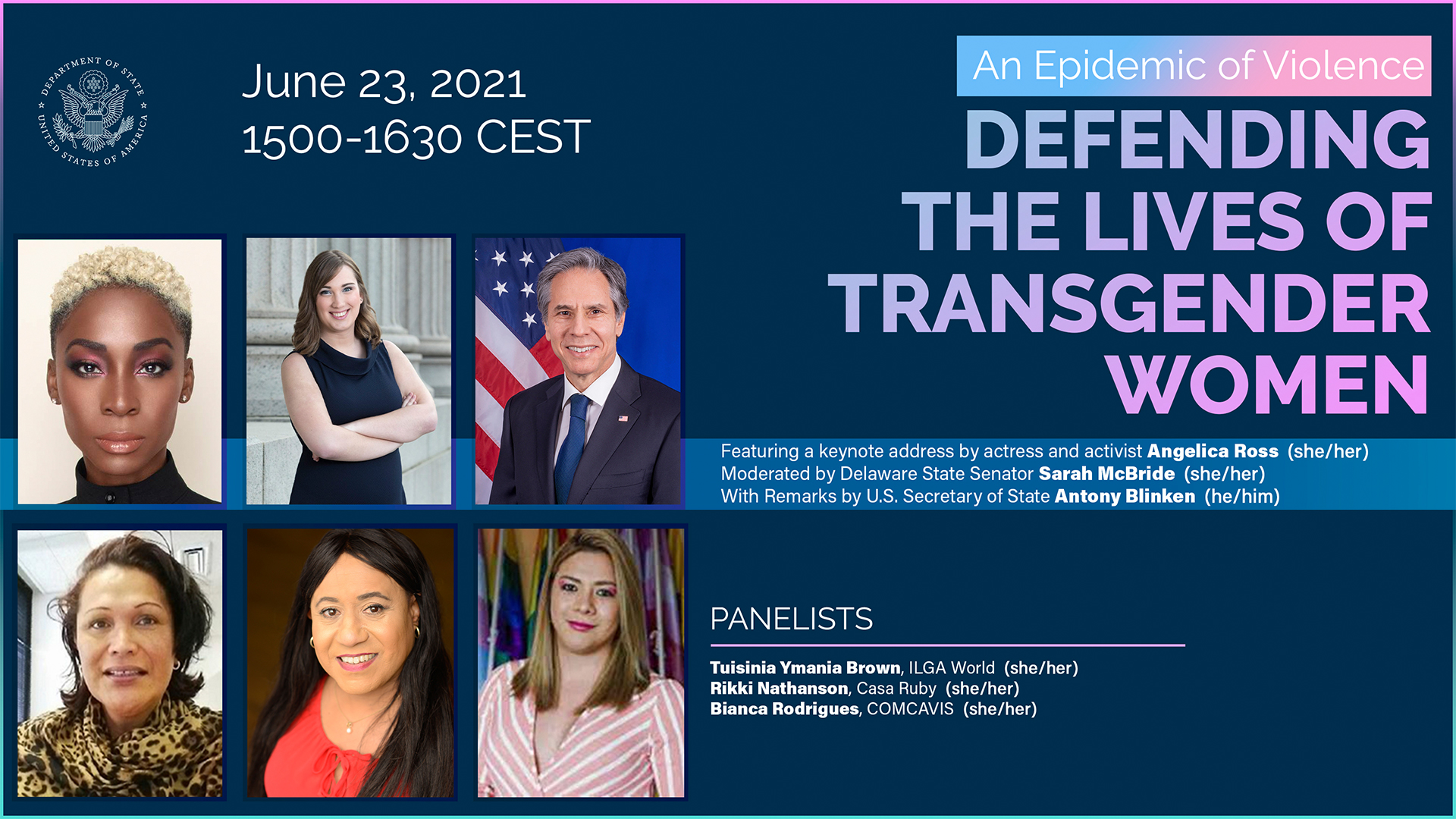 Transgender people face extraordinary levels of violence, whether on the streets, at school or work, at home, or at the hands of government officials. In the United States alone, more than one in four trans people has faced a bias-driven assault, and rates are higher for trans women and trans people of color. Globally, studies show there has been a steady increase in the number of reported murders of transgender or gender non-conforming persons each year, with at least 3664 murders documented since 2008; 97% identified as trangender women. At least 80% have faced verbal harrassment, 54% have suffered sexual violence, and 62% have suffered phyical violence in their lifetime according to studies. This event will take place in the context of the 5th Trans Advocacy Week at the 47th UN Human Rights Council in Geneva.

This event will attempt, given the lack of data and statistics on transgender individuals in most countries, to give a global overview of the epidemic of violence faced by transgender women. Panelists will shed light on how anti-transgender stigma, denial of opportunity and intersecting vulnerabilities compound to create a culture of violence targeting transgender women. Most importantly, the event will provide ways we can directly make our societies safer places for transgender persons.