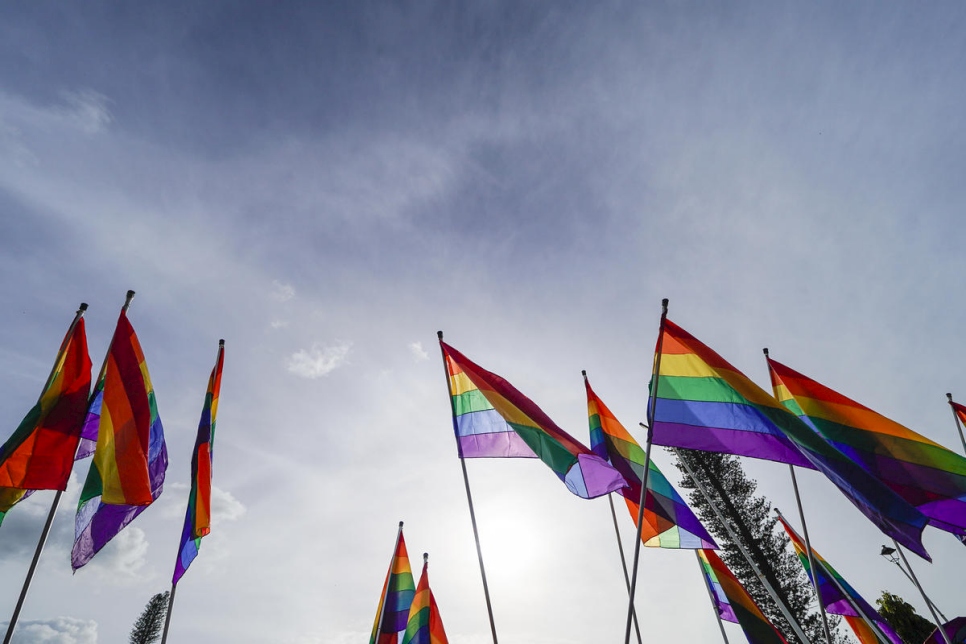 Last month, the “2021 Global Roundtable on Protection and Solutions for LGBTIQ+ People in Forced Displacement ” was held virtually from 7-29 June. Organized by the UN Refugee Agency and the United Nations Independent Expert on Protection Against Violence and Discrimination Based on Sexual Orientation and Gender Identity (IE SOGI), Victor Madrigal-Borloz. They convened more than 500 people from around the world from governments, civil society, and the private sector, as well as LGBTIQ+ people who have experienced displacement, to discuss experiences, policies and programmes that have worked and ways to implement solutions.

There are more than 82 million people who have been forcibly displaced worldwide and among them are refugees, asylum seekers, internally displaced and stateless people who seek protection from discrimination, abuse and persecution related to their sexual orientation, gender identity, gender expression and sex characteristics. Consensual same-sex relationships are currently criminalised in 68 countries and in at least six nations it is punishable by death.

Participants discussed the drivers of displacement, the challenges of seeking asylum, the need to include LGBTIQ+ people in national health services and social programmes, resettlement, local integration, livelihood opportunities and more.  Recommendations included: