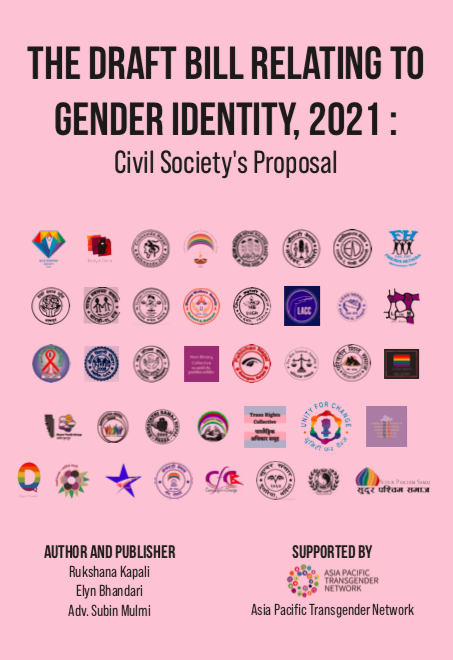 The draft bill is civil society’s collective proposal and calls for a Gender Identity Act that addresses a long yearned issue of gender identity in Nepal. Despite several landmark Supreme Court verdicts and constitutional provision, no legislation has been formulated in Nepal to address the issues of intersex, transgender, non-binary and third gender individuals. The draft bill ensures that intersex, transgender, non-binary and third gender individuals are able to receive and amend their personal documentations in accordance with their gender identity. The bill also addresses misgendering, deadnaming, privacy, protection and several other issues involving gender identity.
Activists aim to use this publication as a tool for advocacy, to push policy makers in formulating an act from the draft bill.

The English version will be available by the end of the year.

Before our office closure, we had an operations meeting and a team retreat in Nepal. Our operations meeting was facilitated by Sarah Zaidi, our lifetime ally and consultant. We were also supported by Elyn Bhandari, a team member of the...