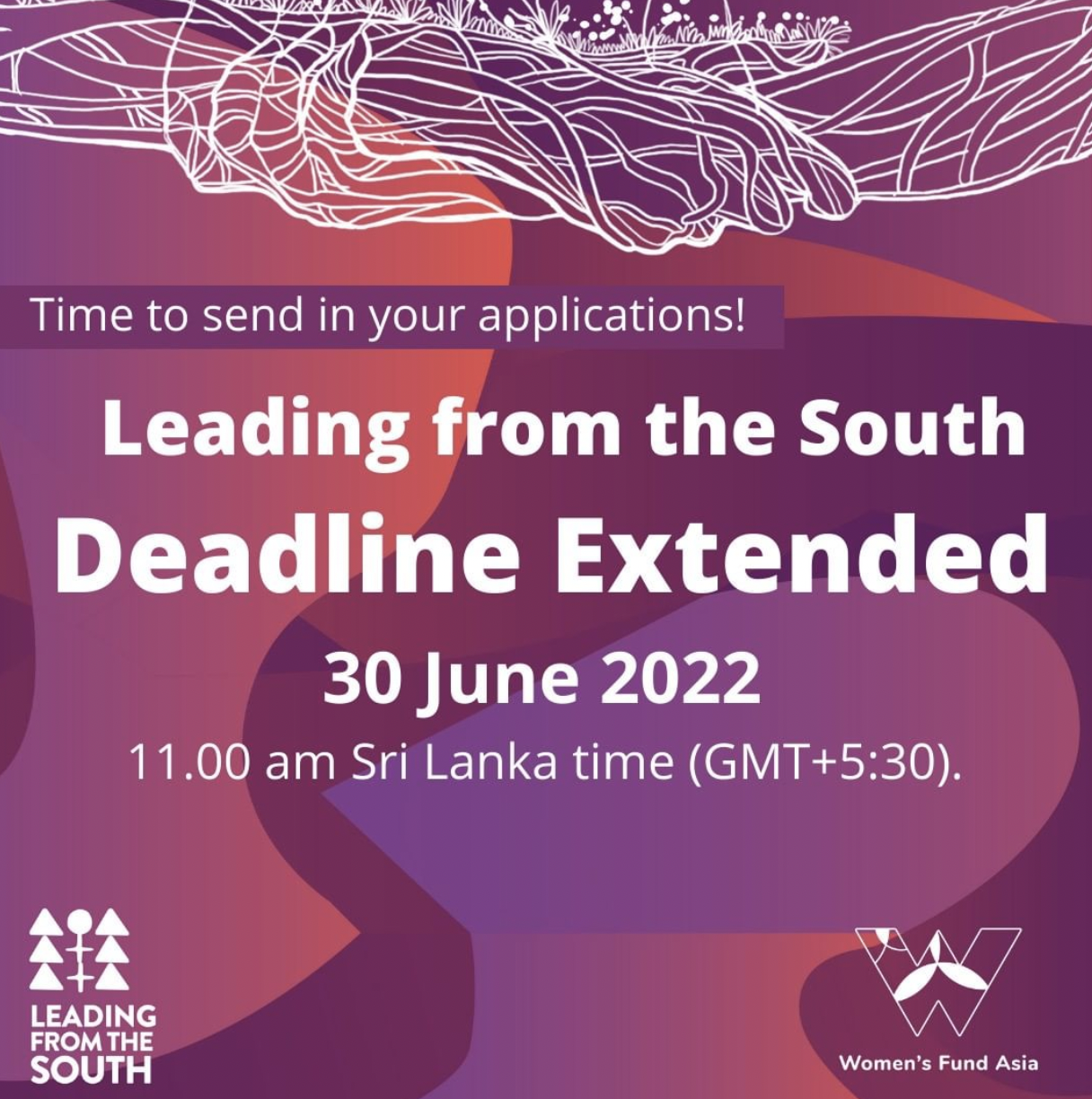 About Leading from the South
Leading from the South (LFS) is a special fund created to resource feminist activism in the Global South, initiated by the Ministry of Foreign Affairs of the Netherlands (MFA). It supports activism devised, implemented, and led by women, girls, trans, and intersex rights organisations in the Global South. Through grantmaking, capacity building, and other resourcing, LFS will strengthen movements, networks, and organisations—especially their advocacy capacity.

Within the above framework, priority will be given to groups that seek to:

Special consideration will be given for outreach to women, girls, trans, and intersex people in/from marginalised communities facing multiple forms of discrimination.

To read the full information of this grant, please click the button below.