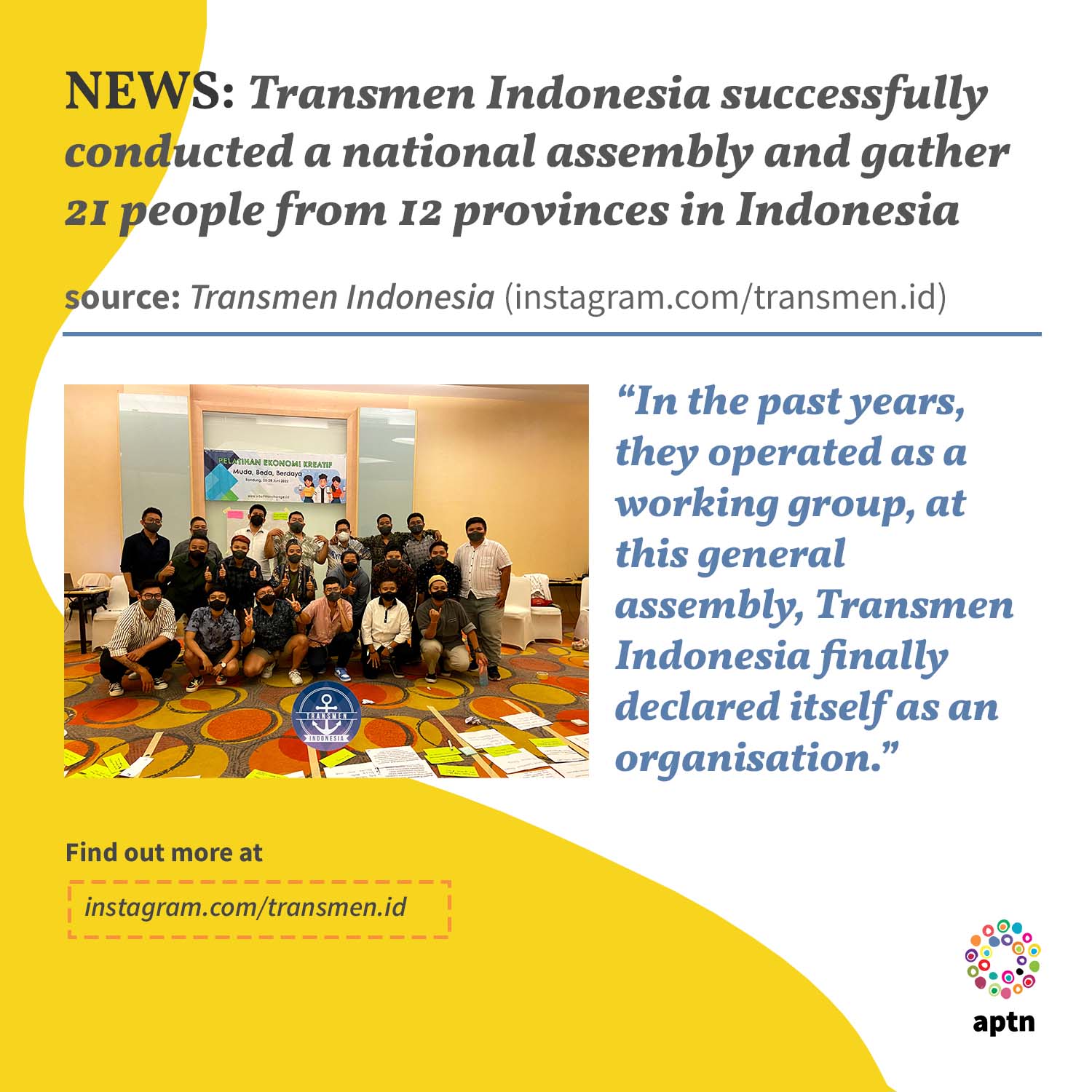 The event was attended by 21 people from 12 provinces in Indonesia. In the past years, they operated as a working group, at this event, Transmen Indonesia declared itself as an organisation. In this event, they presented their accountability report and map priority issues for the next five years. A general election was also conducted to choose those who will be the next caretaker of Transmen Indonesia.

Last year the consortium of APTN and the regional networks of key populations (RNKP) in Asia and the Pacific namely APN+, APNSW, APCOM, ICWAP, NAPUD and Youth Lead was awarded funds through the Robert Carr Exceptional Opportunities Fund (RCF EOF)...

This workshop is a pilot to conduct a Transphobic Hate Crime and Violence monitoring, and reporting system that is accessible to transgender-led and local...