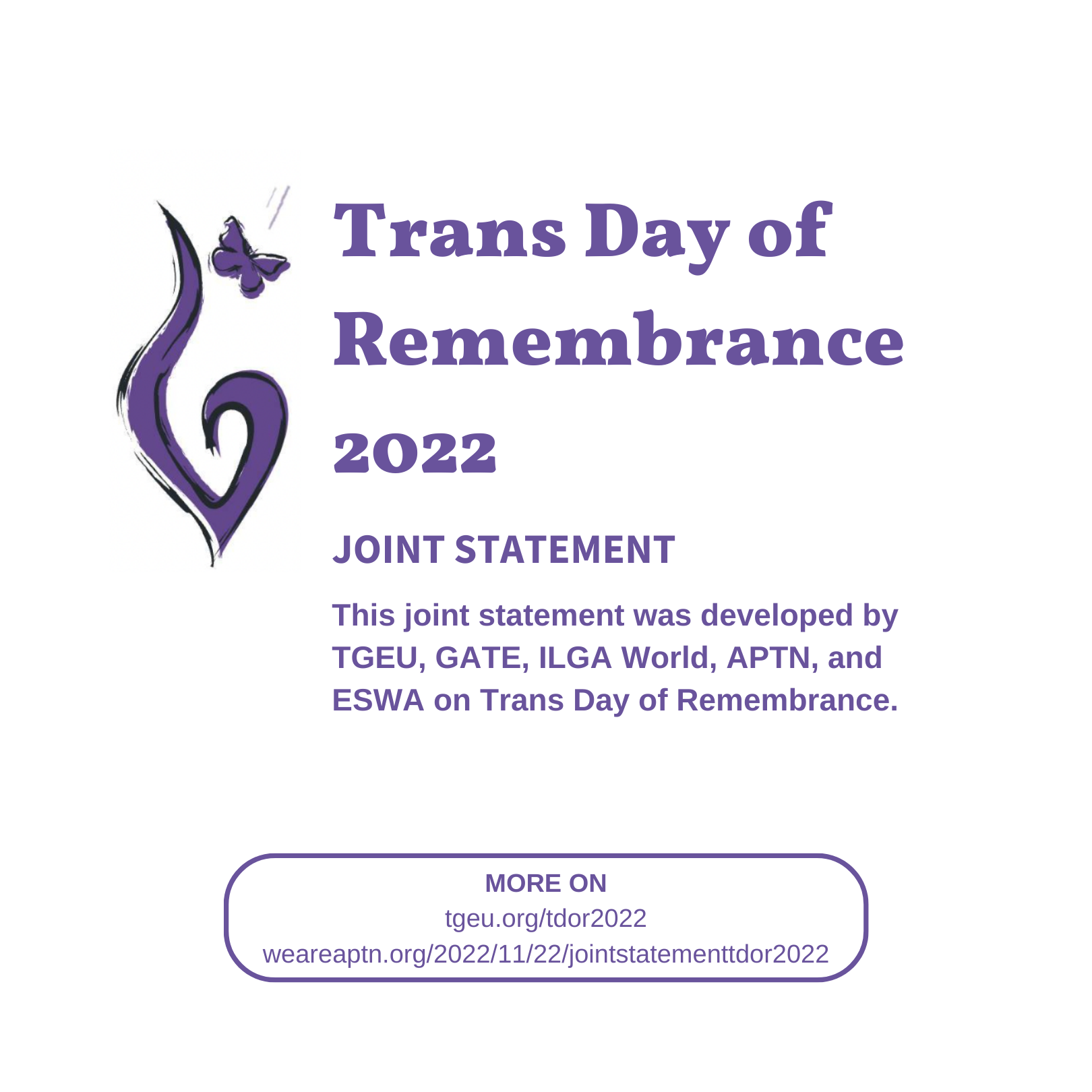 This joint statement was developed by TGEU, GATE, ILGA World, APTN, and ESWA on Trans Day of Remembrance. Your organisation can join it by filling in the form.

We are living through dangerous times in which trans and gender-diverse communities around the globe are facing unprecedented hardships due to multiple and intersecting forms of discrimination, stigma, marginalisation, and oppression. Trans women and trans femmes, Black and people of colour, sex workers, migrants, asylum seekers, refugees, Roma, people with disabilities, those living with HIV, and the elderly, to name just a few, are even more vulnerable in these troublesome times.

Over the last few years, our movement has gained increased visibility and pushed forward progressive and inclusive legal measures. However, a large part of our community continues to struggle with high levels of violence, social discrimination, poor health outcomes, economic hardship, unemployment, and homelessness. Moreover, the effects of the COVID-19 pandemic are still being felt and the rise of the anti-gender movement is severely impacting us.

Right-wing populist and anti-feminist movements’ mobilising against gender equality as well as sexual and reproductive health and rights (SRHR) have gained power across the region in recent years. This dominance brings to light an increasingly transnationally organised and independently financed anti-gender movement that attacks the basic rights of trans people.

Trans activists and groups are working relentlessly, together with governments, other social movements, and allies, to resist those who would dehumanise us, and to ensure that each and every trans and gender-diverse person can lead a safe and fulfilling life. Today, we remind the world that we will continue resisting and challenging oppressive systems until the rights and lives of trans and gender-diverse people are upheld everywhere.

Join us and take action!

Together, we mourn, we care, we mobilise.

* The signatories of this Statement (listed below) are organisations representing trans and gender-diverse people on the national, regional, and international level.