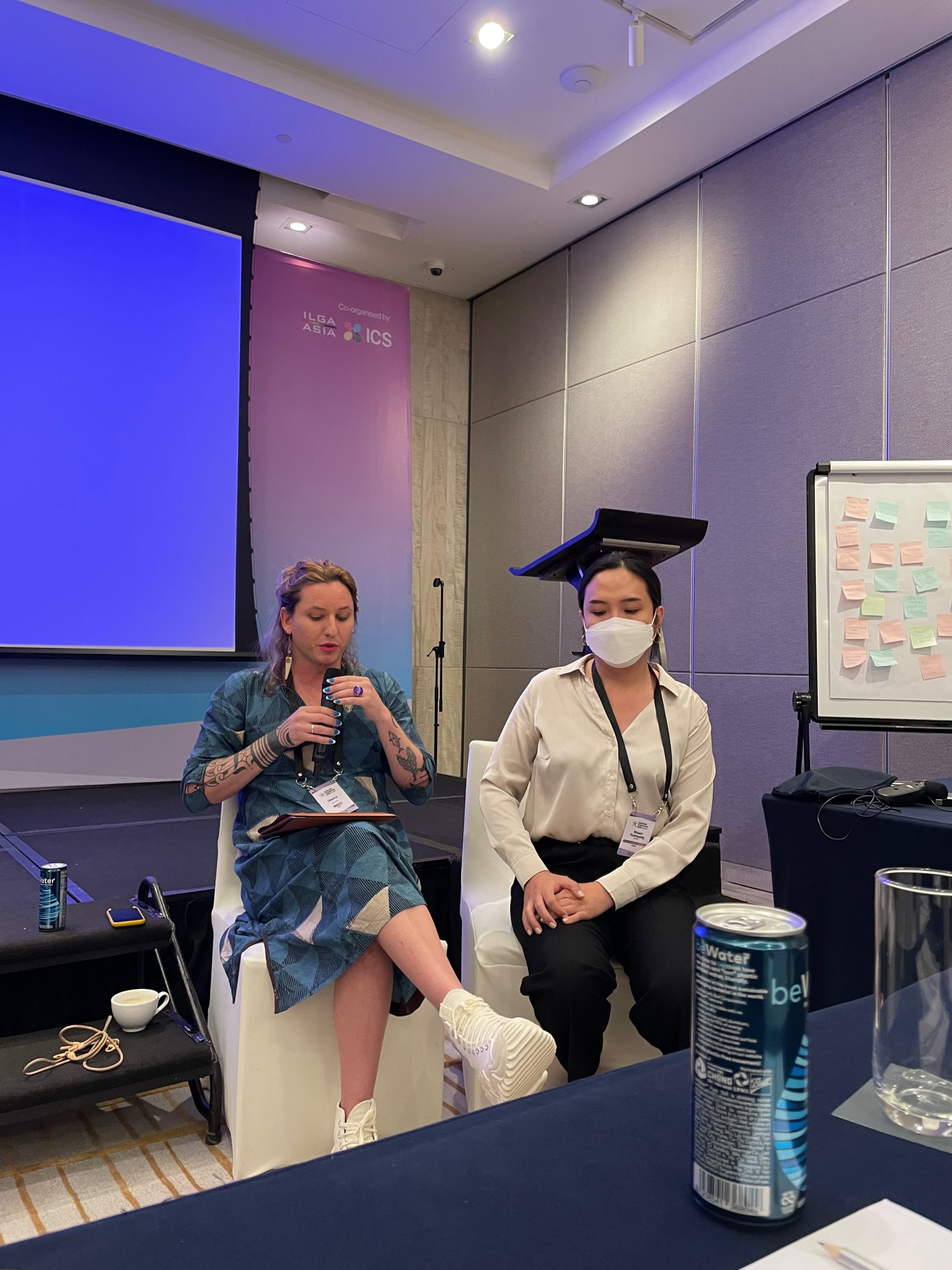 The opening of the trans pre-conference was delivered by Tusina Ymania Brown, who highlighted the background of the region, where there are cultural and traditional terms that we have in Asia compared to just “trans”. She also mentioned that visibility is often encouraged or even forced without reference to the violence one may face in this region. At the end of her speech, she made a point that we can’t just expect safe spaces, but we need to offer safety as well.

We had 3-panel sessions discussing the current state of transgender rights across Asia. Speakers from Vietnam, Thailand, India, Pakistan, The Phillippines, and ILGA World came to share their knowledge and led the discussion.

For example, in India, the central issues are the climate crisis that can be deadly in India during summer, they are also facing land acquisition by the government, and also certain policies and laws that criminalize chosen families, and other exclusionary policies, islamophobia, and the anti-dalit movement. The trans movement in Vietnam is still in the process of drafting LGR law, where a revision of the second draft needs to be made to be more inclusive. Speaker also highlights the difficulty of registering an organisation and receiving funds from abroad. The Philippines also shared about their effort in pushing an anti-discrimination bill that has taken 20 years to pass.

A different condition is faced by trans people in Nepal, Pakistan and Thailand. In Nepal, there is a policy that puts any trans people as “Third Gender”, which then affects citizenship where it requires SRS, and government don’t let people decide their names for themselves. The current draft bill proposal is proposing LGR for Male, Female, Nonbinary, and Third Gender options.

After the panel sessions, we broke up into several groups to discuss the current issues and an action plan forward. The issues vary from access to gender-affirming care, legal gender recognition, abolishing discrimination, advocating for intersectional identities, and including trans youth in the movements. In the break-out groups, there are discussions to carry over strategies discussed and action plans to break into small working groups that could help national movements learn from each other!

We will have more updates about more of our work and advances at the ILGA Asia 2022 Conference in the following weeks!