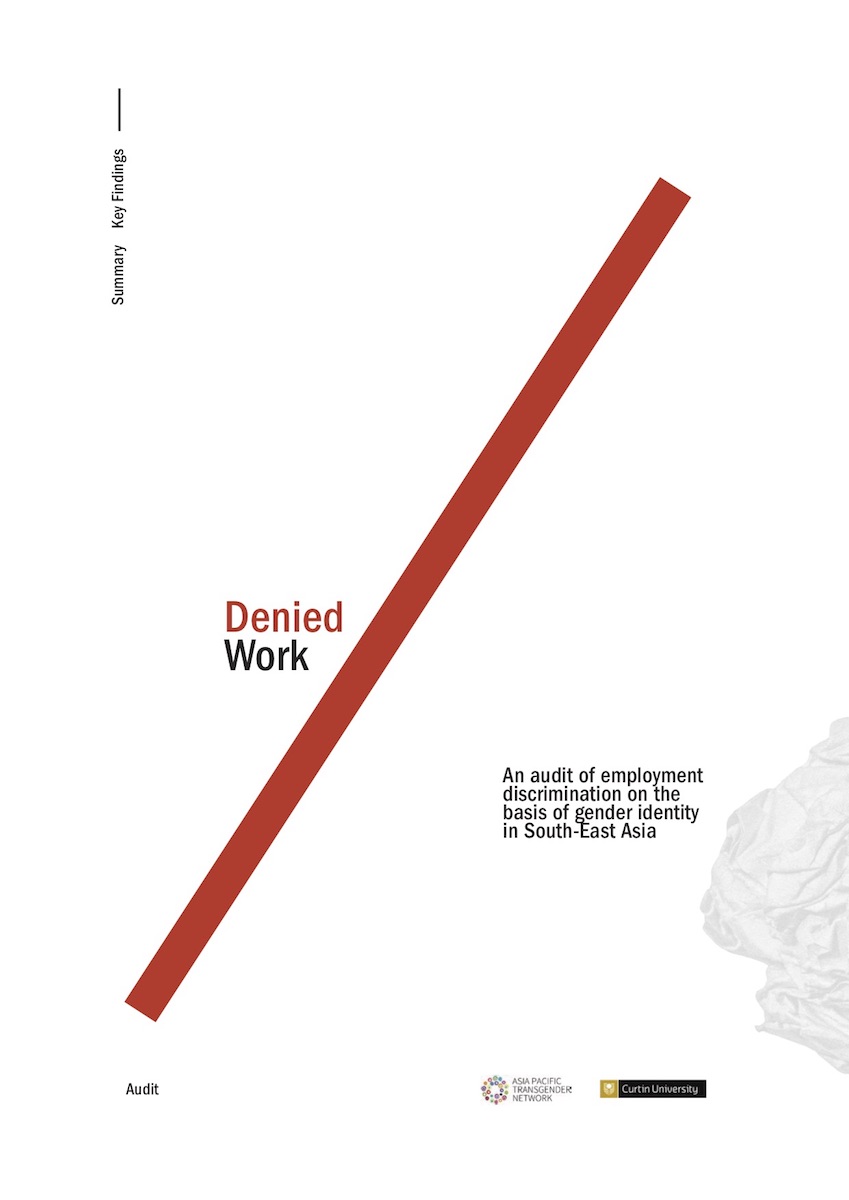 Transgender people in Asia and the Pacific and worldwide have a strong sense of pride in their identity. Unfortunately, they also share common negative experiences of discrimination. These experiences include invisibility and isolation, and exclusion from families, schools, the formal workforce and the mainstream economy, and recognition as equal citizens. The lived experiences of trans people are reflected in many previous reports.

Discrimination and lack of equal employment opportunities are common experiences of trans people. For some, problems arise while they are already employed, especially when they are trying to engage in a social transition in the workplace. For many, however, problems arise at the job hiring stage. Identification documents and educational certificates often ‘out’ trans people, even when their physical appearance does not. With employers either prejudiced or anxious about the possible reactions of co- workers and customers, trans people don’t get hired.