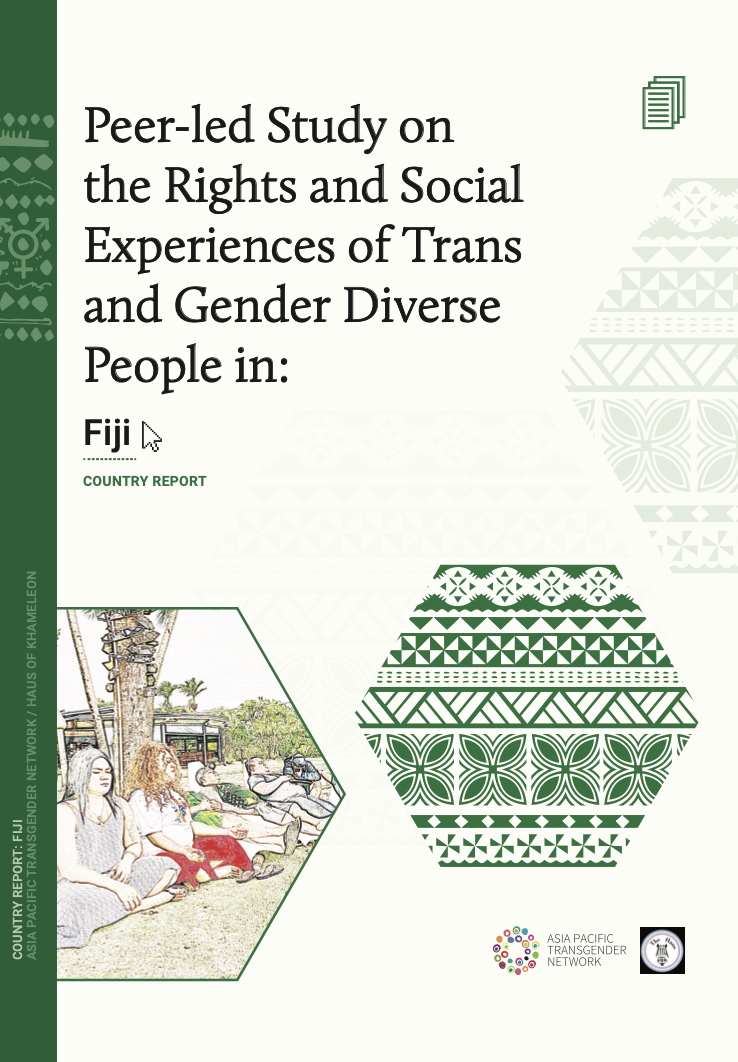 Fiji is a South Pacific island nation that consists of more than 330 islands, around 100 of which are inhabited. Gaining independence from the United Kingdom in 1970, Fiji is one of the most developed economies in the Pacific. Fiji’s population is around 885,000, comprised largely of an Indigenous Fijian majority and a significant Indian minority, with racial tensions between the two communities being not uncommon. Due to a lack of data disaggregation, the exact number of Fiji’s transgender (trans) and gender-diverse populations is unknown. However, UNAIDS estimates that there are approximately 16,000 MSM and trans people living in Fiji at present.

Much like other Pacific nations, Fiji has its own Indigenous terms for trans populations that reflect its unique cultural heritage. Vakasalewalewa is often used to denote trans women and baraca or brasto trans men. Fiji’s trans, vakasalewalewa, and baraca populations face many obstacles to realizing their legal rights and achieving social acceptance. They also face high levels of violence, have limited access to trans-specific healthcare services, and must contend with politics that are openly hostile toward sexual and gender-diverse populations.

This study was coordinated by the Asia Pacific Transgender Network (APTN) and led in the country by Haus of Khameleon. This study has been adapted from Transgender Europe (TGEU)’s Transrespect versus Transphobia (TvT): The social experiences of trans and gender-diverse people in 8 countries: Colombia, India, the Philippines, Serbia, Thailand, Tonga, Turkey and Venezuela.