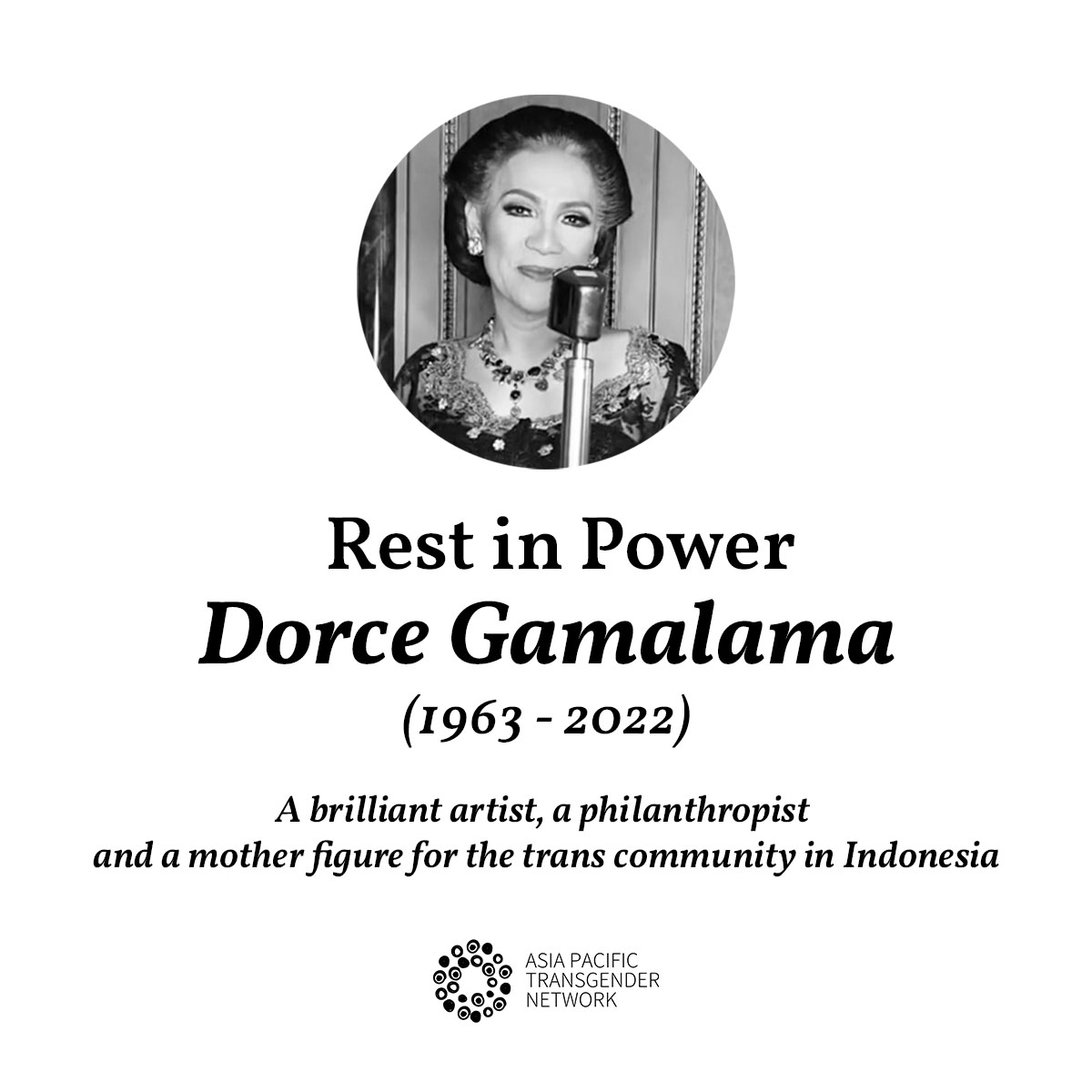 Dorce Gamalama, an Indonesian renowned presenter passed away on the 16th of February, 2022.

Born on July 21, 1963 in Solok, West Sumatra, Dorce was a singer, actress, comedian and presenter. She made her name as the host of a morning talk show called Dorce Show in 2005, gaining nationwide popularity and referred to as Bunda (Mother) Dorce, with some claiming her to be Indonesia’s Oprah Winfrey.

Her existence meant so much for the trans community in Indonesia, especially for those in our generation. She started her career as an entertainer when there was so little and minimum knowledge about transgender people in the country. The presence of Dorce in the Indonesian television industry shed light on trans visibility and changed people’s perceptions regarding trans people.

She has truly lived as herself in her lifetime, and her bravery will live in every part of us.

A great spiritual mentor for many Muslim trans persons in Yogyakarta, Indonesia, has passed away.

We are heartbroken by the passing of Shinta Ratri, the Founder and Headmaster of Pondok Pesantren Al-Fatah, an Islamic Boarding School in Yogyakarta. She fought for...

The event was attended by 21 people from 12 provinces in Indonesia. In the past years, they operated as a working group, at this...